I am so excited that Court of Savages by Christy Sloat is out now and that I get to share the news! If you haven’t yet heard about this wonderful book, be sure to check out all the details below. 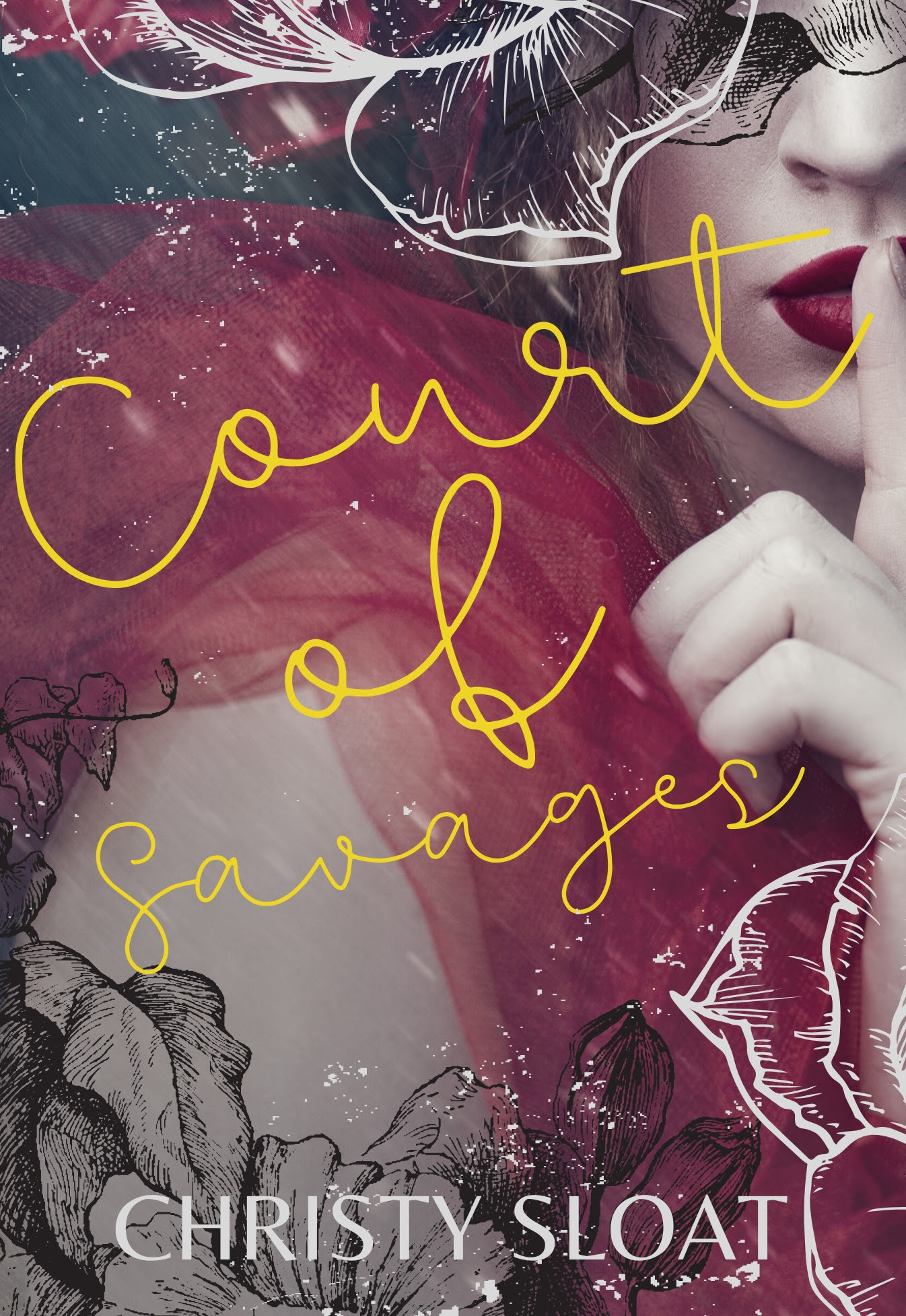 High atop a mountain crest sits the grand Gahana Royal Hotel. The world’s most elite are dying to see what lies beyond its iron gates, yet only a select few earn an invitation.

How do they find themselves on that VIP list? By being truly monstrous human beings capable of the most fiendish acts. Once an invitation is extended, the evaluation begins. The Court of Savages thrive off the hunt, the thrill of the chase and the delight of the feast. Yet they adhere to a strict code. Never will they harm a human who is innocent, good, or reformed. Their beastly pallets require the most vile of beings and an invitation to the secretive resort has just been extended to London Stiles.

Can she prove there’s enough goodness in her to save, or will her check-out date be postponed indefinitely?

The last to speak was Nola. When she spoke, everyone listened intently, her presence commanded silence. Especially when it came to Lathan. His dark eyes constantly watched her, even as she was just merely watching others. Whether she knew he was looking her way was never known.

She pulled her red hair out of her face.

“And these humans you hired as staff, they’ll keep our secret?”

“How can you be sure?” she urged. Amon smiled at her. She was his favorite, not because he was in love with her like Lathan was, but because he respected her more than the others.

Without hesitation, she said, “I do not trust humans, Amon. Do you not remember how my family died? How the humans hunted us down like we were the monsters. All we killed then were their livestock and they killed my family like they were killing their children. All we took from them was their food. What would the humans do here, if they knew we were killing their own kind?”

A good question for Amon, who didn’t look shaken by it. Still, she didn’t trust Amon’s plan. He leaned forward and touched her cold cheek.

“My dear Nola, you must understand that I have this under control. I am older than all of you put together. I have seen the earth before humans inhabited it. Before they became the kings and queens that ruled. My life has given me one thing, and that’s an understanding of how they work.

“I know what makes them tick. What they desire. And that is to see their kind suffer. Not the ones who are innocent, no. The humans who deliver nothing but cruelty. The hatred they have for their kind that do bad onto others. The evil they hold in their hearts for those who have hurt them. It’s delicious. Can you not taste it, my friends?”

Amon pressed a button and the door to their room opened. In walked fifty humans, dressed in Amon’s strict uniform as the new staff of the hotel. Their fear apparent on their faces and in the air.

“Taste it, friends,” Amon said quietly before he addressed his staff. “Humans, tell my court here how much you hate the humans who have hurt you. But, do not use your words. Use your mind. Think of how they damaged you inside and how badly they deserve to die by our hands. Go ahead, you are safe with us.”

With that they closed their eyes, or stared at the monsters who sat in front of them. And Nola sniffed the air around her, her teeth-baring and she rubbed her throat as the familiar feeling of hunger clung to her senses. Mariet’s teeth chattered as she gripped the table in front of her; hunger boiling in her belly.

Lathan stared at Nola as he had learned to control his hunger, but not to control his desire for Nola. God how he’d love to pull her onto the table and undress her. He wanted nothing more than to stare down at her bare pale body and treat her like the goddess she was.

The twins writhed in their seats, barely able to control the burning rage in their bones. They were born to deliver justice to these people. The Sister’s Karma, they were sometimes called, but sirens of the sea they truly were.  For them the hunger was overpowering, for they truly only fed on humans who did the worst. Siren’s often got overlooked the most.

“Do you believe me yet?”

As they all anticipated feeding, now more than ever, Amon dismissed his staff. He addressed his friends once again.

“Well, what say you? Are you to be in my court? To trust me in taking care of you and delivering justice to those humans who have been wronged. I assure you, you will be treated as the royalty you are.”

Lathan smiled at Amon, and gave his nod of approval. The twin’s both said, “Aye,” in unison. Mariet made Amon promise that the humans who resided in the sleepy town some miles away would never know what was happening. Once he did, she seemed content.

It was Nola who was the hardest to convince. There were too many what if’s for her to consider. She’d seen too much horror in her life and she wanted a peaceful existence.

“Nola,” Lathan said, addressing her from across the table. “You lost a family, let Amon give you that back. With us you’ll have safety. Out there, there are no promises.”

Something struck a chord within as she seemed to relax a bit more. Lathan was known to calm many. Perhaps it was his dashing good looks, or maybe his deep voice. But whatever the reason, she said, “I’m trusting you here. Do not make me regret it.”

“Well then it’s settled, we are the Court of Savages, truly and surely. Welcome to your new home.” Amon said.

I am Southern California native, now living in New Jersey! How did that happen? I am married and have  two beautiful little girls who love to read just like Mommy. I have had a passion for books since I was a little girl and an imagination for just as long. I hope my books can inspire others to read and to write too.

1 winner will win an eBook from Christy’s collection, International. Click on the Rafflecopter link to join!