Much thanks to NetGalley and Lake Union Publishing for this complimentary copy. This review is voluntary and opinions are fully my own. 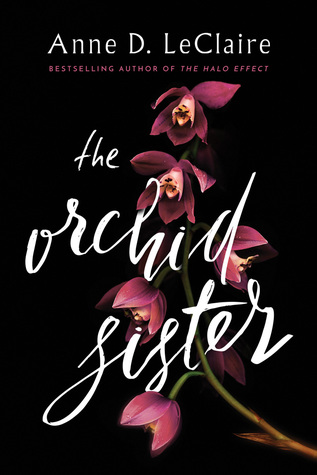 ⚠ Content Warnings:  Plane crash. Dealing with death. Fire burns. Abortion.
⚠ Read if: you are a fan of mysteries with a hint of magic/folklore.

From the bestselling author of The Halo Effect comes a heart-racing novel of love, suspense, and the unbreakable bond between sisters.

The people you love are taken from you. That’s what Maddie DiMarco learned when she survived the plane crash that killed her parents. Fifteen years later, the scars remain. And the ones no can see are hardest to heal. Since the accident, Maddie’s avoided the unpredictable and uncaring outside world, including any relationships—except for the one with her devoted older sister, Kat, who has always been there for her.

When Maddie meets handsome pilot Jack Moroni, she finally begins to let down her guard. But just as quickly, her hope and trust are once again shattered when a plane crash forces her to revisit her traumatic past. Maddie turns to her sister for comfort and guidance, only to realize that Kat is missing.

But Kat hasn’t vanished without a trace. An investigative journalist, she’s left behind a subtle trail of clues leading to the mysterious, myth-shrouded Yucatán coast of Mexico. To follow it, Maddie must confront her deepest fears—of flying, of intimacy, and of loss. She hopes that in doing so, she will find her sister. And if she’s lucky, she may also find herself along the way. 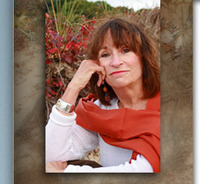 I grew up on a farm in a small town in Western Massachusetts, the middle of three daughters of a school teacher mother and an electrician father. I was the family “story-teller,” not always meant in the good way. In fact, I love that while I was once punished for making up stories, I now get paid for it.

Okay, so I was a small town girl. But my ambitions were as fanciful as they were impractical. My early career choices were fueled by dreams nurtured in our town library where books fired my imagination. At various times I dreamt of being an FBI agent, a girl detective, a pilot, a spy and a cow girl.

I met my future husband, Hillary, while on summer break from college. It’s a classic summer story. Co-ed goes to Cape Cod for a summer job, meets and falls in love with a native and ends up living on the Cape. We now live in the seaside village of South Chatham and have two children, Hope D’Avril and Christopher, and sixteen chickens.

While raising a family, I was no closer to being the F.B.I. agent or cowgirl but did work as a radio broadcaster, an actress, a journalist and a correspondent for The Boston Globe. My work appeared in The New York Times, Redbook, and Yankee magazine, among others.

It wasn’t until 1983 that, pursuing a long-held dream and encouraged by the fiction editor of Yankee, I quit my journalism jobs and began a novel, Land’s End, which was published by Bantam Books in 1985. I have since written eight other novels, including the critically acclaimed Entering Normal, The Lavender Hour, and Leaving Eden. My work has been published in many countries including Great Britain, Italy, Greece, France, Japan, Germany, Portugal, Poland, Russia, Sweden, Denmark, Finland, Norway, Czechoslovakia, Slovakia, Netherlands, Brazil and Israel.

My first book-length non-fiction, Listening Below the Noise, is a meditation on the practice of silence. In addition to novels and the memoir, I write short stories and essays. I also teach and lecture here and abroad on the creative process, as well as on the practice of silence. I have taught creative writing on Cape Cod, in France, Ireland and Jamaica, at the Maui Writers Conference, and to women in prison.

My interests are gardening, yoga, theater, travel and aviation (I am a private pilot). I’m also interested in genealogy and am a cousin of the poet Emily Dickinson.

The Orchid Sister was one of the first books I was approved for on Netgalley. Unfortunately, it was buried under my TBR mountain and I was unable to come back to it until recently.

This book gave me a touch of mystery, family, romance, self-love, fantasy, folklore, trauma, and courage. Going in, I was expecting nothing, but I was enraptured with this world and felt for the characters.

From the first chapter alone, this story has proved to be very intriguing. I enjoyed the pacing and the different revelations you will find as you go. I was fascinated by the overall plot points of this novel, and I was not expecting that this was where I will be brought by this read.

One thought on “Book Review : The Orchid Sister by Anne D. LeClaire”