Much thanks to Sourcebooks Fire and The Fantastic Flying Book Club Book Tours for sending me a copy for review and for inviting me to be a part of this tour. This review is voluntary and opinions are fully my own. Also, all quotes are taken from the ARC and may or may not appear in the final published copy.

Title: Wicked As You Wish (A Hundred Names for Magic #1)

An unforgettable alternative history fairytale series from the author of The Bone Witch trilogy about found family, modern day magic, and finding the place you belong.
Many years ago, the magical Kingdom of Avalon was left desolate and encased in ice when the evil Snow Queen waged war on the powerful country. Its former citizens are now refugees in a world mostly devoid of magic. Which is why the crown prince and his protectors are stuck in…Arizona.
Prince Alexei, the sole survivor of the Avalon royal family, is in hiding in a town so boring, magic doesn’t even work there. Few know his secret identity, but his friend Tala is one of them. Tala doesn’t mind—she has secrets of her own. Namely, that she’s a spellbreaker, someone who negates magic.
Then hope for their abandoned homeland reignites when a famous creature of legend, and Avalon’s most powerful weapon, the Firebird, appears for the first time in decades. Alex and Tala unite with a ragtag group of new friends to journey back to Avalon for a showdown that will change the world as they know it.

Despite an unsettling resemblance to Japanese revenants, Rin always maintains her sense of hummus. Born and raised in Manila, Philippines, she keeps four pets: a dog, two birds, and a husband. Dances like the neighbors are watching.

She is represented by Rebecca Podos of the Helen Rees Agency. She is also fond of speaking in the third person, and may as well finish this short bio in this manner. While she does not always get to check her Goodreads page, she does answer questions posed to her here as promptly as she is able to.

“How do you offer your condolences to someone whose parents were killed when he was only five years old? How do you cheer up a prince whose kingdom had been literally frozen, seemingly for all of eternity?”

“You’re one of the Makilings,” he finally said. “The spellbreakers. They’re the only ones with agimats.”

“Just because you’ve never been to the Philippines doesn’t mean their rivers don’t course through your blood. It doesn’t mean you don’t have their mountains in your eyes. It’s not where we are, it’s who we are . You’ll always be both a Makiling and a Warnock, and always a Filipina. Never forget that.”

“I’ve done things, love, and you know it. A lot of things I should’ve done if I wanted real repentance, but I’d rather have their hate as long as I have your forgiveness.”

First of all, let me just say that I am at a loss for words after reading this book. As a Filipino, I have accepted the fact that the chance of being represented in books and films are close to none. This book proved me wrong and gave me so much hope. You might look at this as a slight bias on the way I see the totality of the book, but I actually enjoyed reading this one.

I have 2 books of Rin Chupeco on my TBR mountain that I have not read yet, which means that this is my first time to fully experience her work. As much as fantasy is not my go-to genre, I have to say that I loved this one a lot.

But, before we go ahead, let me say this first: I had a slightly difficult time immersing myself with the world building. I don’t know if this is because I do not have the most active imagination and I always struggle to imagine fantasy-related stories. I felt a little lost with all the political system, magic, and history – so I took down some notes to make things much easier.

I should say, though, that finding pieces of the Filipino culture was still a fun easter-egg-hunting-ish experience for me. (If you are like me, though, I still hope that you give this book a chance because you will miss on something amazing!)

One key point of my loving this story is the characters. I love Tala and I cannot believe that we have a strong Filipina heroine like her! I love her family and the other support characters – especially when there is banter (which feels like the author is a master of!). The characters are very endearing and I find myself rooting more and more for them as the story dives much deeper.

The writing style also deserves all the stars! There is something about Rin’s writing that is easy to read, while being genuine and sincere. It is able to bring up various emotions that made me laugh, made me nervous, and tugged at my heartstrings.

A bonus point to like is the quirky chapter titles, which made reading this definitely much more fun!

Overall, this book made me fall for Rin Chupeco and I am now itching to read her other works! I know this book is the first that she had ever written and I am so happy to see how much she has changed and grown in her writing approach. (I am also very happy that this story was given a chance to be shared to the world!)

Join this giveaway – OPEN INTERNATIONALLY! You can send entries up to March 11! Click on the Rafflecopter logo below to join!

Win a signed copy of WICKED AS YOU WISH by Rin Chupeco + 3 character stickers (Alex, Tala, and the firebird) + 2 character cards (Alex and Tala) 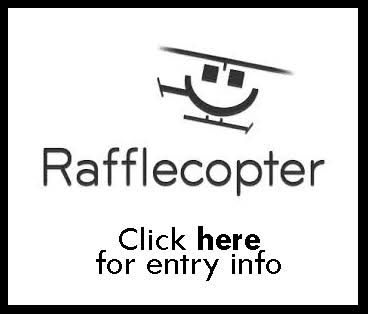