Much thanks to HMH Books for Young Readers and The Fantastic Flying Book Club Book Tours for sending me a copy for review and for inviting me to be a part of this tour. This review is voluntary and opinions are fully my own. Also, all quotes are taken from the ARC and may or may not appear in the final published copy.

I know I am a day late for my stop in this blog tour, but here it is! Happy belated release day to this sweet contemporary read!

⚠ Content Warnings: Frustrating love triangles. Girl-vs-girl drama.
⚠ Read if: you are a fan of To All The Boys I Loved Before by Jenny Han.

In this charming debut about first love and second chances, a young girl gets caught between the boy next door and a playboy. Perfect for fans of To All The Boys I’ve Loved Before.

Mansfield, Massachusetts is the last place seventeen-year-old Edie Price wants to spend her final summer before college. It’s the home of wealthy suburbanites and prima donnas like Edie’s cousins, who are determined to distract her from her mother’s death with cute boys and Cinderella-style makeovers. Edie has her own plans, and they don’t include a prince charming.

But as Edie dives into schoolwork and applying for college scholarships, she finds herself drawn to two Mansfield boys who start vying for her attention. First there’s Sebastian, Edie’s childhood friend and first love. He’s sweet and smart and . . . already has a girlfriend. Then there’s Henry, the local bad boy and all-around player. He’s totally off limits, even if his kisses are chemically addictive.

Both boys are trouble. Edie can’t help but get caught between them. Someone’s heart is going to break. Now she just has to make sure it isn’t hers. 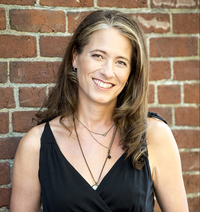 Jacqueline’s a writer, costume designer, and lover of beautiful things. She’s on the fulltime faculty in the Department of Theatre & Film at the University of British Columbia where she also takes any writing class they’ll let her into. When not obsessing about where to put the buttons or the commas, she can be found running by the ocean, eating excessive amounts of gluten, listening to earnest love songs, and pretending her dog understands every word she says.

“People always say losing someone gets easier with time, and it does, but it hits when I least expect it, like the one time someone actually asks me how I am.”

As Edie continued to expand the list she came to only one concrete conclusion: figuring who she wanted to be was a lot harder than she’d anticipated.

“I envy my words once spoken, for they’re closer to your ear, closer to your heart than I am. They live, inked in your memory, when I’m absent. They tiptoe through your dreams when you sleep, and if you speak my words, they’ll lie more softly still upon your lips, where I have yet to dwell. My words go where I cannot and I’ll never forgive them their trespasses.”

“Want. Yes. That was what felt so amazing. Wanting openly and being wanted back, without question or reservation. Not trying to read between the lines. Not trying to create any lines. Not defining things. Not analyzing how he felt and how she felt and what it all meant. Not trying to figure out the polite thing to do or say. Not trying to get things right all the time. Just being present, in the moment, in a way Edie had never felt before. There was no space for before, no room for later. There was only now.”

“That’s the hardest thing about loving someone. You only get to choose how you love them, not how they love you back. The apology was mine to offer. The forgiveness is up to her.”

Two sets of fingers that slowly laced together, finding what connection they could in the limited time available, a moment so painfully brief but so ecstatically electric, bursting through all the off-limits things. A quickening of breath, an exploration of skin. Fingers, palms, wrists. That was it, but that was everything.

Hearts, Strings, and Other Breakable Things is a (sickeningly) sweet YA contemporary retelling that reminds of TATBILB and a mellowed-down version of Gossip Girl. It is also said to be a retelling of Mansfield Park by Jane Austen, which I do not have a clue about because your girl has not read any classics at all.

Anyway, for a quick warning about the story, you must be prepared to deal with a love triangle, rich teenagers managing their rich people problems and one little outsider in the community a la Dan Humphrey.

I, for one, have no qualms about love triangles, and I do love myself a little push and pull. I was in the mood for a cheesy cliche romance and this is what I got with this read. But though I liked most of the book, I hated the final choice made by the main character, Edie. The final pick for the love triangle is not one that I would absolutely go for, and that choice frustrated me a lot. But, I don’t know if the author stick to the plot movement in the same way as Jane Austen did. Oops.

Well, if I were given the chance between Henry, the playboy, and Sebastian, the boy next door, I absolutely know who would I go for. But the story is not about me, oops. I love both of these male leads, though. If you are after cute conversations, swoon-worthy quotes, and clever banter, both of these young men could deliver.

Looking at the main character, Edie, though, she wasn’t really my favorite. I did not really feel a connection with her and I actually just feel ‘meh’ about her and the decisions she has made. Her cousins and the other characters are borderline ridiculous, but those antics made quite a story to tell. I have to admit I loved reading about all of their girlish drama.

All in all, I’m thankful for the presence of Henry because I absolutely adore his character. His presence gave something sweet and hot to the story a la Chuck Bass. As the book progressed, I knew I would love the scene as long as he was there! Anyhow, this book was still a great one for a quick read and I am looking forward to the next books by this author.

Get a chance to win a hardcover copy of this book + 1 bookish inspired dress made by the author herself!