Royally Matched by Emma Chase
My rating: 4 of 5 stars

“Wait till you get to know me—I’m definitely one of a kind.”


Royally Matched, the second in the Royally series, has a different vibe than the first book of the series. (PS It can be read as a standalone). This one revolves around the new Crown Prince Henry, brother of Prince Nicholas, a wild yet sensitive man who is suddenly thrust into the responsibility of being king soon, despite never been trained for it his whole life.

“In the last year, if I’ve been told once, I’ve been told a thousand times—the heir apparent must act properly.
But I’ve never been very good at doing what I’m told.
It’s a problem”

Being sent away by the Queen to better prepare himself for the challenge of being King, Prince Henry basically got bored. He was propositioned to be the star of a Bachelor type show called Matched. And the bored boy said yes.

“He’s exactly like her. That way she had of knowing just what a person needed—whether it was strength or guidance, kindness or comfort or joy—and effortlessly giving it to them. The way people used to gravitate to her . . . at parties, the whole room would shift when she walked in . . . because everyone wanted to be nearer to her. She had a light, a talent, a gift—it doesn’t matter what it’s called—all that matters is that Henry has it too. He doesn’t see it in himself, but I do. I always have.”

We are reintroduced to the shy Lady Sarah Titebottum, who’ll be accompanying her sister. She is a smart-but-quiet bookworm working as a librarian who’ll challenge the wild heart of Prince Henry.

“And there’s a foreign, blooming bud inside me that wants to try. It’s a quiet but insistent voice, a gentle nudge. I’m starting to think of it as the Henry Effect, because he makes me feel so many . . . things. Safe and wild and maybe just a little bit mad all at once.”

This book gives off a heavier/drama vibe inspite of the humorous and steamy signature style of Emma Chase. There’s Henry’s struggle on what really happened during his military days. There’s also Sarah’s illness/PTSD and the backstory behind it. There’s also the pressure for marriage which is expected from the future King and the old-fashioned laws behind it.

“..once upon a time, a pitiful lad met a shy, lovely lass and together they became something more . . . something strong and beautiful and forever.”

🌻 Blurb:⭐⭐⭐
The blurb promised a reality show. It is the one that will capture your interest to read the book. I felt like Matched was slightly disconnected to the whole plot.
🌻 Hero: ⭐⭐⭐⭐⭐
Prince Henry captured my heart since the first book. I love some damaged boy with wit, charm and a whole lot of sexiness. His heart amazed me and he truly would be a great King.
🌻 Heroine:⭐⭐⭐⭐⭐
Half shy, half naughty. Sexy librarian Lady Sarah is soooo brave considering all she’s been through. Her growth through this film is admirable.
🌻 Support Characters:⭐⭐⭐
There’s little exposure for support characters. Most of them were related to the reality show and there’s not much to be liked.
🌻 Writing Style:⭐⭐⭐⭐⭐
Emma Chase, as always, writes romcoms perfectly.
🌻 Character Development:⭐⭐⭐⭐⭐
Both Hero and Heroine matured immensely through the course of the book. Their decisions, though quite surprising, are very admirable.
🌻 Romance:⭐⭐⭐⭐⭐
Royal romance that mixed depth and drama to a whole lot of fun, sweet and sexy times.
🌻 Pacing:⭐⭐⭐
It can seem rushed and too fast at times.
🌻 Ending:⭐⭐⭐⭐⭐
I was hoping for a wedding, but what Emma Chase gave us compensated for a whole lot. Few bonus scenes with Nicholas and the Queen.
🌻 Page Turner:⭐⭐⭐⭐
I took a few breaks with this. Not sure if it’s because of the story or just because I’m a bit busy.
🌻 Book Cover:⭐⭐⭐
The guy’s hot but not really what I imagine Henry to look like. 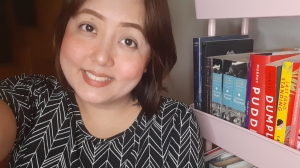